BERSIH 2.0 and local NGOs in Sarawak are working together to set up the Sarawak Monitoring team (PEMANTAU), which aims to ensure that the upcoming Sarawak State Election 2016 is conducted in a fair and clean manner.

BERSIH 2.0 believes that we can only have a democratic election if citizens collectively voice out and protect their rights via PEMANTAU. Such an initiative is widely recognized in the constitution and various international human rights instruments, including the United Nations, regional intergovernmental organizations, and others. Non-partisan monitoring of elections by civil society and citizens has emerged as a key and meaningful element in strengthening democracy. These efforts have contributed towards cleaner elections, preventing conflict, and improving accountability.

BERSIH 2.0 has begun preparations for domestic election observations of the Sarawak State Election. We are teaming up with local groups, such us Save Rivers and Bersih Sibu, to mobilise and train volunteers in five ‘hot seats’.

Our target is to recruit at least 30 Pemantau for each seat, a minimum of 150 Pemantau in total. The ‘hot seats’ we have chosen are:

Pemantau will observe the election from nomination day to polling day and will document any instances of election offences. The evidence collected will be used to prduce a report on each of the constituencies observed. In addition, BERSIH 2.0 will highlight any verified instances of major fraud observed by members of the public.

Through this Pemantau we will also be connecting with Sarawakians in three main cities for future voter education programs.

Volunteer to be a Pemantau! 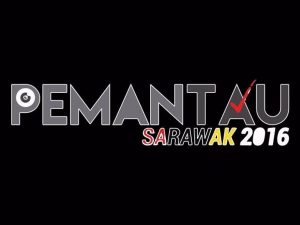 BERSIH 2.0 Urges Action by the Election Commission on Election Offences and False Claims